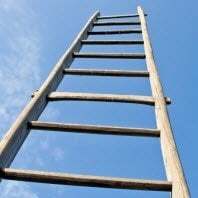 Before I jump into this last lesson in this Training Module, there are 2 things I need you to know:

1. The very best marketing tool that you can have as a comedian is your act — specifically an act that generates a minimum average of 18 seconds of laughter for each performing minute.

2. The mindset that you have about how you develop and deliver high level stand-up comedy material can either benefit you or hold you back.

There are 5 things that this course cannot give you:

Well, there’s actually one more thing this course cannot give you and that is an open mind — an open mind that can overcome the preconceived beliefs, assumptions, views, opinions and ideas that you may already have about how stand-up comedy material is developed and delivered.

Let’s assume that you already have plenty of comedy talent right now.

Most (but not all) who consider jumping into stand-up comedy have all the initial comedy talent they need to succeed as a comedian.

If that is true, then you use this talent effortlessly on daily or almost daily basis to generate laughter in casual conversations.

Who You Are Now

Here’s what you should know about yourself right now that you can use to your advantage if you know how — right from the beginning of your stand-up adventures:

The exact same critical attributes that will give you the maximum stand-up comedy power you will ever have on stage.

So, answer this next question honestly…

Why on earth would you throw away or discount all of your powerful laughter generation attributes — attributes that are already well developed, proven and unique to you and that you can easily use to have a very powerful and almost unfair advantage as a comedian?

2. They believe that they need to “fabricate” funny from phony “premises” that they can somehow “make” funny using a “joke writing” process.

3. They believe that if their “written” comedy material “reads” funny on paper, it will automatically generate laughs on stage.

4. They believe in the need to use some sort of “formula” approach in order to make their comedy material work well on stage.

Related Special Report: Understanding The Difference – A Major Factor In Your Success As A Comedian

5. They believe that they need to develop a “special” stage character in order to be effective or recognized as a comedian because they are under the false impression that who they are in everyday life is not good enough or funny enough for the comedy stage.

6. They don’t understand that the mechanics of generating laughter on the comedy stage are EXACTLY the same in causal conversation or how to use these comedy mechanics to their advantage.

7. They don’t understand that recognizing set-up lines and punchlines on paper is only valuable AFTER they have identified, developed and structured what they want to deliver and express on stage.

8. They don’t know that punchlines have a common and identifiable sentence structure that is used both in causal conversations and on stage or that a punchline doesn’t even have to be words.

9. They don’t know how to prepare in advance to effectively deliver their stand-up comedy material at the highest levels possible in the shortest time possible.

10. They don’t have a clue about performance improvement strategies in order to minimize the time it takes to deliver headliner level stand-up comedy material.

11. They don’t realize that they don’t have to hold the “title” of headliner in order to deliver headliner level material if they know how to capitalize on their comedy talent — right from the start.

12. They believe that generating laughs as a comedian is vastly different than what they do in everyday conversations that causes others to laugh (like most comedians and comedy teachers would lead them to believe).

Individuals who harbor all or some of these beliefs WILL NOT benefit from what I have to offer in the way of stand-up comedy education provided in the remainder of Stand-up Fast Track Course and should not waste their time, effort or money investing in this course because…

Your Mindset Will Affect Your Success As A Comedian

What you choose to believe or fail to understand has a DIRECT impact on your ability — or inability — to develop and deliver headliner level stand-up comedy material in the shortest time possible — whether it be as a corporate comedian or a comedy club comedian.

I’m NOT in the business of telling people what to believe or not believe.

I am very much in the business of helping talented people learn the methods, techniques and strategies needed to generate headliner level laughter levels from audiences.

I am also very much in the business of helping talented individuals get compensated handsomely for their talent.

And as I have indicated in this training module…

Headliner laughter levels means that you are able to generate a MINIMUM average of 18 seconds of laughter for each performing minute you are on stage.

Related Special Report: What Does It Really Mean To “Kill” On Stage?

Not only that, but you can easily verify that information for yourself — you don’t just need to take my word for it (nor do I want you to).

And if you cannot meet this minimum milestone, you will not move up quickly in the world of stand-up comedy until you can — no matter what comedy market(s) you choose to work in.

But since the vast majority of people seem to be satisfied with the “conventional” methodologies for developing and delivering stand-up comedy material….

Here’s what you may wish to consider at this juncture:

I would strongly recommend that you bypass this course and consider getting your hands on some of these more “conventional” stand-up comedy references:

See for yourself if you can actually use and apply ANY of the information provided in ANY of those resources to help you reach your stand-up comedy goals.

What the resources above have to offer may be far more in tune with what you already believe or perceive as far as developing stand-up comedy material for the stage goes and may much better meet your expectations.

IMPORTANT: The link to the “conventional” stand-up comedy references above in no way constitutes an endorsement of any kind, expressed or implied.

Those references are provided merely as an alternative for individuals who remain fixated on using the outdated, one dimensional “joke writing” processes most commonly utilized for developing stand-up comedy material.

But if you feel that you have real comedy talent and you are open to an easier, more effective and more efficient way of developing and delivering stand-up comedy material in the shortest amount of time possible and…

Then I invite you to become a Stand-up Fast Track Course  Member and see for yourself if what I have to offer in the Your Best Stand-up Topics Made Easy Course will help you quickly nail down plenty of stand-up topics, ideas and bulk comedy material that you can use for your stand-up act. After that…

You then have access to all the Rapid Training Modules in order to learn how to professionally structure, tighten, and hone those comedy topics into powerful stand-up comedy bits and routines for the stage.

No matter what choices you make along the way, I applaud your courage to tackle one of the most challenging and exciting performing art forms on the planet and I truly wish you the best of luck in your stand-up comedy journey!

For those who are already enrolled and ready to take their comedy talent to the next level, please continue to the next training module…