The Truth About Set-up Lines And Punchlines 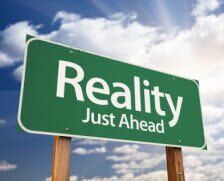 Another one of the core aspects of “conventional” joke writing seems to focus on understanding the terms “set-up” and “punchline”.

I fully intend to prove to you beyond a shadow of a doubt that without the proper context and application, merely knowing what set-ups and punchlines are from a “conventional” perspective has little or no value when it comes to developing stand-up comedy material that will actually work for you on stage.

Let’s take a close look at two different “conventional” definitions for set-up lines and punchlines — one from a typical “stand-up comedy tips” blog and the other from an established and published stand-up comedy “guru”.

Here is the first set of definitions of set-up and punchline you can find all over the internet:

Set-up: The foundation of a joke.

Punchline: The climactic phrase or statement of a joke, producing a sudden humorous effect.

Here is another set of definitions of set-up and punchline that I found on the website of an established and published stand-up comedy “guru”:

Set-up: The first part of a joke that contains a target assumption to misdirect the audience into accepting a bogus 1st story.

Punchline: The second part of a joke that contains a reinterpretation that creates a 2nd story that shatters the setup’s target assumption.

Please note that the information that I have just provided you regarding set-ups and punchlines is 100% representative of what you are going to get to help you “write” stand-up comedy material in almost EVERY resource on comedy “writing” — stand-up comedy books, workshops or classes outside this online course.

So, armed with this so-called critical information provided that is supposedly “essential” in the process of “writing” stand-up comedy material, please answer these simple questions for yourself…

Those aren’t trick questions — these are valid questions that deserve valid and actionable answers.

As a matter of fact, I challenge you to write those questions down and ask any comedian (who hasn’t taken this online course) or so-called comedy “expert” — and experience for yourself first hand the non-actionable gibberish that they have to offer.

Here’s the brutal truth if you can handle it…

The Truth About Set-ups And Punchlines

Simply knowing the definitions of set-ups and punchlines (which represents most, if not all of what the vast majority of comedians and comedy “experts” can offer) does absolutely NOTHING to help you in any way when it comes to:

1. Knowing how to develop any kind of comedy material for the stage that has even an average chance of actually working well to produce laughter

2. Knowing how to properly structure your comedy material for maximum laughter frequency for each performing minute

3. Knowing how to generate punchlines based on your sense of humor and already developed comedy skill

4. Knowing how to structure punchlines for maximum laughter generation

5. Understanding line length when it comes to structuring set-up lines for word economy

6. Knowing how to structure your comedy material to reflect and accurately represent your natural speaking patterns, rhythm, word usage and natural comedy timing

7. Knowing how to target the areas in your comedy material that require the most attention when it comes to performance improvement

Well, it’s really no different than me giving you the definition of liver transplant surgery and expecting you to be able to skillfully perform the operation.

But wait! What if I also showed you hundreds of examples set-ups and punchlines from proven funny jokes delivered by famous comedians?

The truth of the matter is…

The Truth About Trying To Study Stand-up Comedy “Joke” Examples

It doesn’t matter how many set-up and punchline “joke” examples you study.

Those example “jokes” (or stand-up comedy material) were developed from that particular comedian’s perspective, point of view, sense of humor and delivery style — not yours.

It would be no different than me showing you hundreds of photographs of liver transplant surgeries performed by dozens of different surgeons and then expecting you to skillfully perform the operation yourself.

I’m going to bet my house that given the conditions that I just detailed, your patient would croak.

Don’t get me wrong — there are some real advantages to studying other comedians if you know how and what you are looking for.

As a matter of fact…

Being able to identify set-up lines, punchlines and tag lines in your stand-up comedy material on paper is nothing more than an academic exercise of no value to you whatsoever until you have determined what you want to say to an audience in the first place.

It shouldn’t be a surprise at all why naturally funny people struggle to produce stand-up comedy material that actually works for them on stage — given the information (or the true lack of information) they have to work with.

It should be abundantly clear at this point that there are significant and critical pieces of information that are missing from the “conventional” joke writing methodologies most people try to use to develop stand-up comedy material.

But I would prefer that you don’t just take my word for it — verify the information that I have provided in this lesson and in the remainder of this course for yourself.

You can do that by asking comedians or so-called comedy “experts” the questions I have presented in this lesson and see if they can give you ANY usable information on your quest to develop headline level comedy material for the stage.

FYI — the information you need IS provided in this course.